Challenge coins are a metal medallion bearing an organization's insignia or custom logo. Popular mementos with the military, challenge coins are carried by a group's members to prove membership, enhance morale, and memorialize connections. Challenge coins can also be used as rewards for outstanding service and conduct, and are often sought after as collectibles. 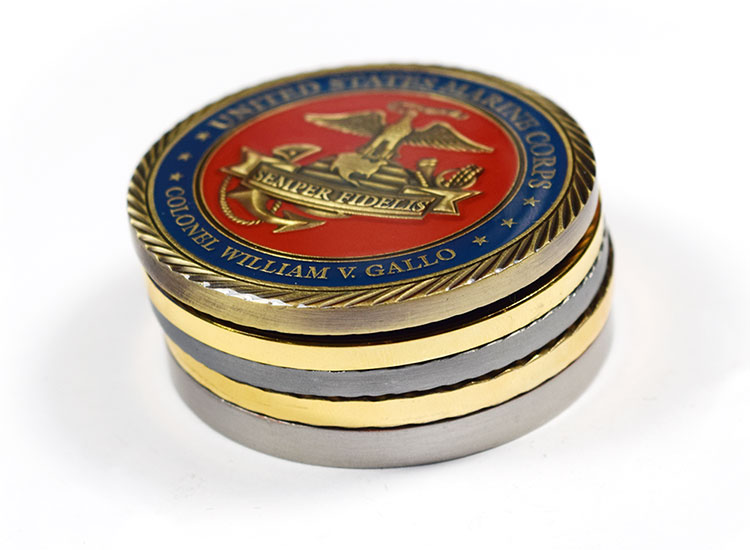 Coins are available in boundless sizes and thicknesses. A pocket coin usually measures 1-1/2"-2” in diameter by 0.1” thick. A presentation coin or medallion is traditionally 1-3/4” x 1/10”. 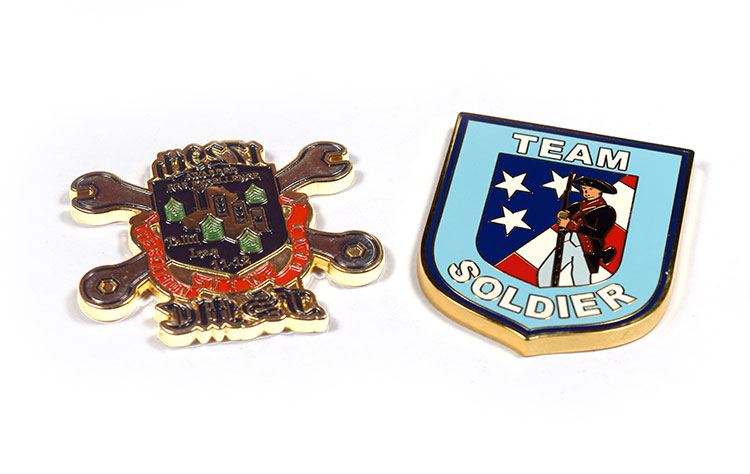 Although commonly round in shape, Challenge coins are available in any shape, including square, oval, or nearly any custom shape you desire, as depicted above. 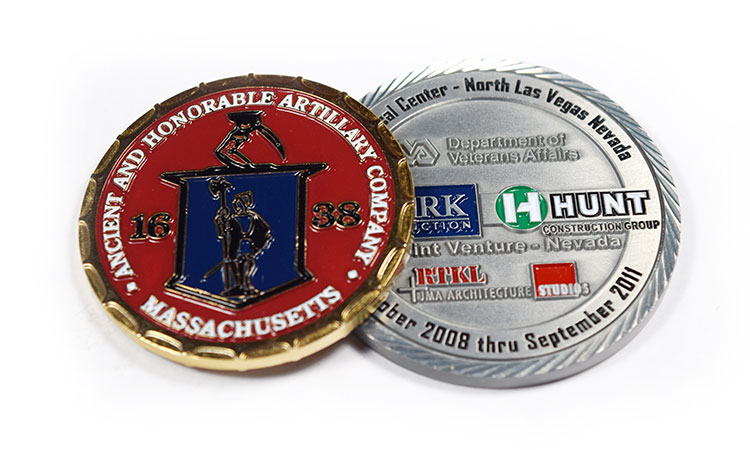 Finishes are abundant from simple pewter to 24K gold. Custom coins generally utilize only a few base metals such as zinc alloy, but can have a wide variety of patina finishes including gold, silver, nickel, brass, copper, and antiqued. 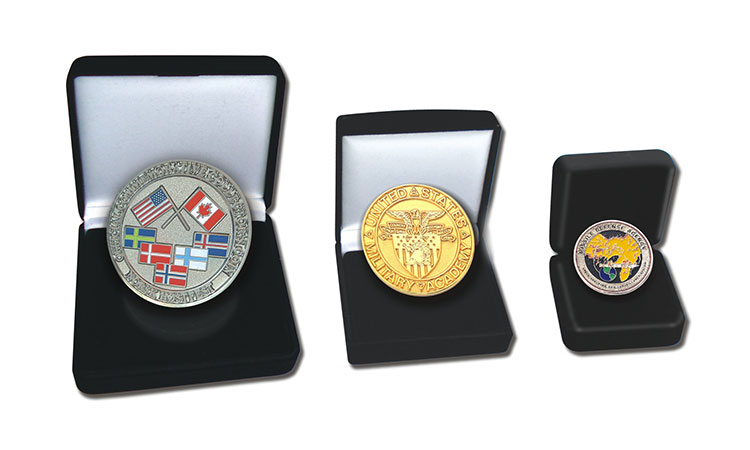 Legend has it that challenge coins originated when a wealthy WWI service member purchased medallions (or coins) for pilots in his squadron to boost morale and memorialize their bond. One of the pilots valued the gift, placing the coin in a pouch around his neck for safekeeping

The pilot was unfortunately shot down behind enemy lines, captured, and stripped of all identification in an attempt to prevent him from escaping. The pilot had extremely good luck, and was able to escape the enemy and get himself safely back into friendly territory.

Having no identification, he was unable to prove his allegiance; he was mistaken for an enemy saboteur and was slated for immediate execution. Desperate, he pulled the challenge coin from the pouch and showed it, hoping that someone would recognize his squadron’s insignia. With luck still on his side, his identification was confirmed and his life saved.

Upon safe return to his squadron, it became tradition for all members to carry their coin at all times. To this day, many military units, squadrons, departments, and agencies actively use challenge coins as a form of identification.